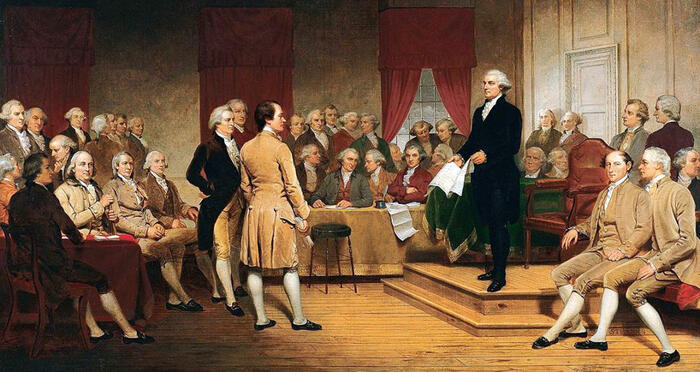 On September 17, 1787, the Founding Fathers signed the most influential document in American history: the United States Constitution. This document established the framework of our government and the rights and freedoms that “We the People” enjoy today.

In 2004, Senator Robert Byrd passed a bill designating September 17 as the day for citizens to commemorate the signing of the U.S. Constitution and learn more about our founding document. Senator Byrd once said, "Our ideals of freedom, set forth and realized in our

Constitution, are our greatest export to the world." He added the Constitution Day clause to his 2004 federal spending bill because he believed that all citizens should know about their rights as outlined in the Constitution. This clause mandates the teaching of the Constitution in schools that receive federal funds, as well as federal agencies.

Each year since 2004, Limestone University has commemorated Constitution Day on or around September 17 with a variety of activities including voter registration drives, special programming concerning our Constitution and our rights as United States Citizens, and public readings of the Constitution by members of the Limestone and surrounding communities.

This year, as Constitution Day falls on a Saturday, campus events commemorating this significant day have been scheduled throughout the following weeks.  Please join us for any or all of these events.

What are the five freedoms mentioned in the 1st Amendment?

Which house of Congress has the power to ratify treaties?

Which amendment limits the president to serving no more than two full terms of office?

The 25th Amendment states presidential nominations to fill vice presidential vacancies must be confirmed by whom?

Confirmation by a majority vote of both Houses of Congress

How many reasons for establishing the Constitution are listed in the Preamble?

What is the minimum age to serve as a Representative in the House?

What is the minimum age to serve as a Senator?

What is the minimum age to serve as a President?

What Amendment grants all persons 18 years of age and older to vote?