Saints Will Be Back In Action! South Atlantic Conference Announces Fall Sports Schedules For Spring 2021

All five sports will play shortened seasons, including conference tournaments during the spring semester of 2021.

Limestone will release the fall sport schedules in the coming weeks after each has been finalized with any potential non-conference games/matches. 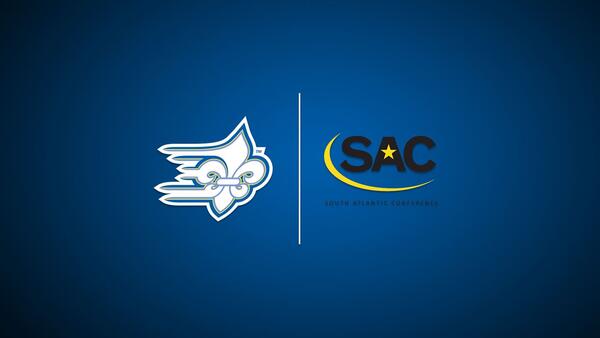 The SAC football teams will compete in a four-game conference schedule, including a conference championship game from early March to mid-April. The football teams have been divided into two divisions based on geography.

The top team from each division will then play in a postseason championship game. All SAC teams can play a maximum of seven games to be determined at the discretion of each institution.

The SAC men's and women's soccer teams will be divided into three pods consisting of four teams each for a total of six conference games with the option to play two non-conference opponents. Each team will play the other three teams in their pod twice (once at home and once on the road) with the top teams advancing to a postseason tournament. These pods are divided up geographically in order to reduce travel and missed class time for the student-athletes. The soccer season will be played from the end of February to the middle of April.

The SAC volleyball teams will each play a 10-match schedule from the end of February to the middle of April with the top teams advancing to a postseason tournament.

The full details of each sport's postseason tournament, including field size and location, are still to be determined but will be developed as soon as possible.

"We are extremely pleased to be able to give all of our fall sports student-athletes an opportunity to compete during the 2020-21 academic year," said SAC Commissioner Patrick Britz. "While it may not be the season we had hoped for, we have developed schedules for all of our fall sport student-athletes that we feel will allow them to play outside competition, compete for a championship, and have a meaningful student-athlete experience. These schedules will also allow the staffs at each of our institutions to effectively manage and administer all of their sports, including the winter and spring sports that will be playing during this time, as well."

The SAC leadership will continue to assess the NCAA, federal, state, and local developments and provide updated revisions as further information is available, including restrictions on spectator attendance at games.