The legacy of legendary Gaffney High School coach and educator Robert E. “Bob” Prevatte will have a permanent home at Limestone College, thanks to a record-breaking $4.1 million gift from the Richardson Foundation.

At a special groundbreaking ceremony held on Saturday, April 14, Limestone officials announced the “Bob Prevatte Athletic Complex” project that will expand and enhance the facilities at the Gaffney-based private liberal arts college.

A native of Laurinburg, NC, Prevatte began coaching high school football as an assistant in Fayetteville, NC, where one of his players for four years was Jerry Richardson. The current owner of the NFL’s Carolina Panthers, Richardson has called Prevatte a significant influence upon his character and his eventual success.

Richardson and his wife, Rosalind, attended at the ceremony held outside Limestone’s Bob Campbell Field House. The groundbreaking was held on Prevatte’s 93rd birthday, and the project is expected to be completed later this year.

Among the improvements at the athletics facilities will be a statue of Prevatte, along with plaques that will tell his story for generations to come. The statue will be located near the football practice facility located off Leadmine Street.

In addition to new “Bob Prevatte Athletic Complex” entrances and signage, the gift in honor of Richardson’s friend and mentor will provide aesthetic enhancements and many new elements to the campus.

View the Gallery of Design Renderings

Some of those include a new artificial turf field, permanent seating at Saints Field (which hosts lacrosse, soccer, and field hockey), community gathering spots, improved campus parking, and more. New walkways and bridges will physically connect the academic portion of Limestone’s property to the athletics complex, providing a true overall campus feel.

“This gift will enable us to improve upon and further develop our current athletics facility, while forever telling the story of Bob Prevatte – the coach, the educator, the mentor, and the legend,” said Limestone President Dr. Darrell Parker.

“The new additions being made possible by this gift from the Richardson Foundation will benefit our campus as a whole and not just the athletics portion. The new components will be an asset to all of our students, faculty, staff, alumni, and this wonderful community." - Dr. Darrell Parker, President

“We promise Mr. Prevatte, his family, Mr. Richardson, and all the others who care for him so deeply that Limestone College will be a responsible and passionate steward of the Bob Prevatte legacy from this day forward,” Parker added.

Limestone Vice President for Intercollegiate Athletics Mike Cerino said that the announcement marked a landmark day in the history of the College. The Richardson Foundation gift is the single largest donation ever made to Limestone.

“This benefits Limestone both athletically and academically, and furthers our goal to create a vibrant campus environment that fosters a well-rounded educational experience,” Cerino explained. “At the same time, this project will forever share the story of the impact that Coach Bob Prevatte has made on this community and countless lives of students.

“These improved facilities will significantly enhance not only the student-athlete and fan experiences, but will act as a centerpiece for the entire College and the citizens of Gaffney and Cherokee County,” Cerino continued. “This addresses many of the facility needs of the athletics department, while engaging the overall campus.”

Following the groundbreaking ceremony, Prevatte’s birthday was celebrated by his family, the Richardsons, and other special guests, inside the Campbell Field House.

Plans will be announced soon regarding about how local citizens, former players, and friends of Coach Prevatte can make a modest monetary investment in order to have their names associated with the complex.

Through a gift by Richardson at the time, Limestone College’s baseball field was named after Prevatte in 1988, and following extensive renovations, the field was re-dedicated to Prevatte in 2015.

After graduating high school, Prevatte joined the U.S. Navy and served in the Atlantic and Pacific during World War II. He then entered Wofford College where he played blocking back for the Terrier football team. He was named a Small College All-American at Wofford and won the Jacob’s Blocking Trophy, given to the best blocker in South Carolina college football. His Wofford team of 1949 went undefeated and earned a trip to the Cigar Bowl in Tampa. Prevatte was inducted into the Wofford College Athletics Hall of Fame in 1980.

Before he graduated from Wofford in 1950, Prevatte met and married Marie Ostergard. They would have four children together. He later went on to earn his Master’s degree from Western Carolina University in 1966.

Richardson credits Prevatte for a recommendation that helped earn him a partial football scholarship to Wofford in 1954. Richardson would go on to break several Wofford records as a wide receiver and become an Associated Press Little All American. He was drafted by the NFL’s Baltimore Colts and was the team’s Rookie of the Year.

View the Gallery of Prevatte Through the Years

After six years as an assistant in North Carolina, Prevatte become the head coach at Gaffney High School in 1956. Prevatte’s GHS football teams won five AAA state championships and he was named the state’s “Coach of the Year” four times. Prevatte never had a losing record during any of his 14 seasons leading the Indians’ football team, compiling a Gaffney football coaching record of 129-29-11 before retiring in 1969.

Prevatte, who also coached baseball at Gaffney, was selected as the head football coach for the North-South All-Star Game in 1959 and the Shrine Bowl of the Carolinas in 1965. He was tabbed as a Shrine Bowl assistant coach in 1960.

Prior to Prevatte’s arrival, the four previous head coaches at Gaffney had a combined record of 82-90-12 over an 18-year time period.

Previously serving as a teacher and assistant principal at Gaffney High, and was once recognized as “Teacher of the Year,” Prevatte was named Principal at West Junior High in 1968. It was that year that Granard High School and Gaffney High School merged as part of school integration in Cherokee County. The former Granard High School building was re-named as West Junior High, and Prevatte was named the Principal to help lead the new school’s transition through the integration process.

Prevatte was also known as a community leader who took part in numerous charity projects. He was once named “Young Man of the Year” by the Gaffney Jaycees.

Hired by Richardson in 1971, Prevatte had a successful career in management at Spartan Foods, the corporation that became the nation's largest Hardee's franchise. He was named Executive Vice President of the corporation before he retired in 1987.

The Bob Prevatte Education Foundation was set up in 2007 after his former Gaffney High players raised over $130,000 to fund yearly scholarships in his honor.

In 2014, the Touchstone Energy North-South All-Star Football Game was dedicated to Prevatte.

“We are tremendously excited to begin construction and realize this vision made possible by the Jerry Richardson Foundation,” Cerino said. “We cannot wait to welcome everyone back to our campus a few months from now to cut the ribbon and officially dedicate the Bob Prevatte Athletic Complex.”

Local Leaders on the Impact that Prevatte Has Had on the Community.

Why Limestone Is Building The Bob Prevatte Athletic Complex 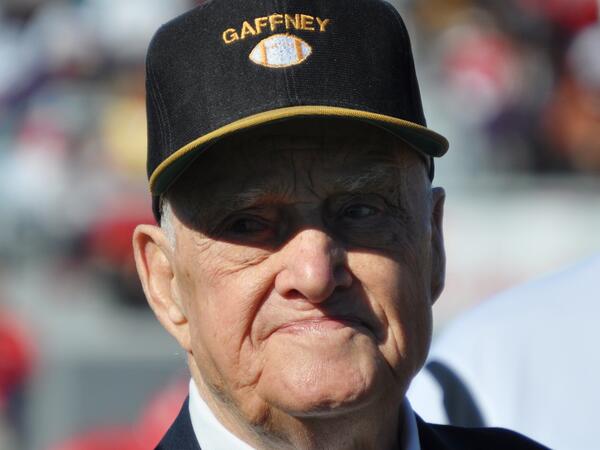 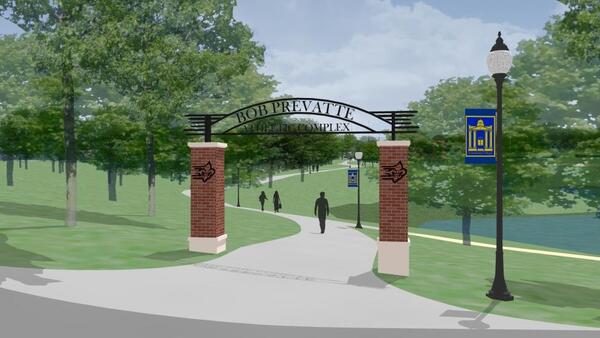 Photos of Bob Prevatte Through the Years 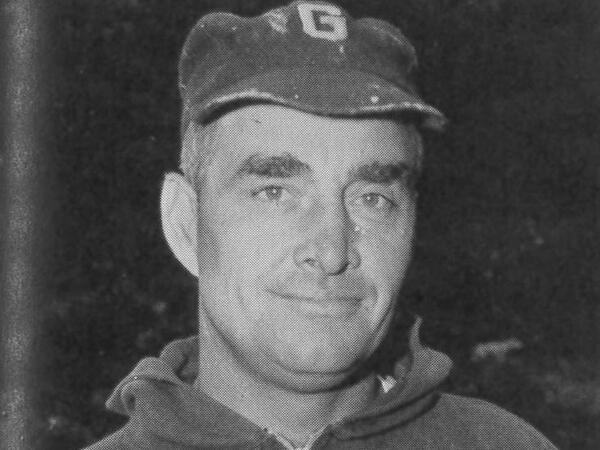