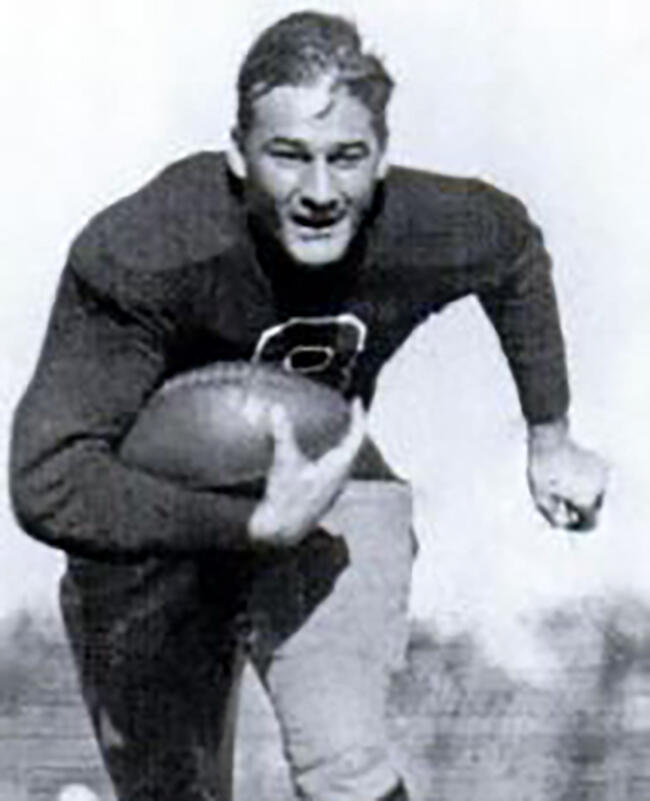 “The Ghost” and his family now have a permanent home at Limestone College.

The Clary family, which has produced several well-known football players at Gaffney High, including legendary Earl Clary, known as the “The Gaffney Ghost,” recently crossed the goal line on its fundraising efforts to acquire the naming rights to Limestone’s football practice field.

The Saints’ practice field is located off Leadmine Street, near the Bob Campbell Field House inside the Bob Prevatte Athletic Complex. A total of $100,000 was raised over a five-year period to name the “Clary Family Football Practice Field.” New signage is being designed to welcome Limestone student-athletes, coaches, and staff to practice each day.

The project officially kicked off in 2014, when Jim and Margaret Clary hosted a reception at Limestone’s Stephenson Dining Hall to provide family members with the project details. Broughton Clary made a major contribution to the College earlier this month, and a flurry of contributions put the project into the end zone earlier this week.

“We are so excited that the Clary family name will forever be a part of Limestone and its football program,” said Kelly Curtis, Vice President for Institutional Advancement. “We are immensely grateful for the generosity of the Clary family. The enthusiasm surrounding this project has been incredible, and we cannot thank enough the family and the friends who have had the commitment and vision to make this a reality.”

Earl Clary played for the Gamecocks from 1931-1933. He was given his “Gaffney Ghost” nickname by USC head coach Billy Laval. Clary was inducted into the University of South Carolina Athletics Hall of Fame in 1967.

Earl’s brothers Broughton, Basil (“Ike,” who went on to play at Furman University), and Dill were also well-known football players at Gaffney High. Since those early days, many more Clary family members have played football for the Indians.