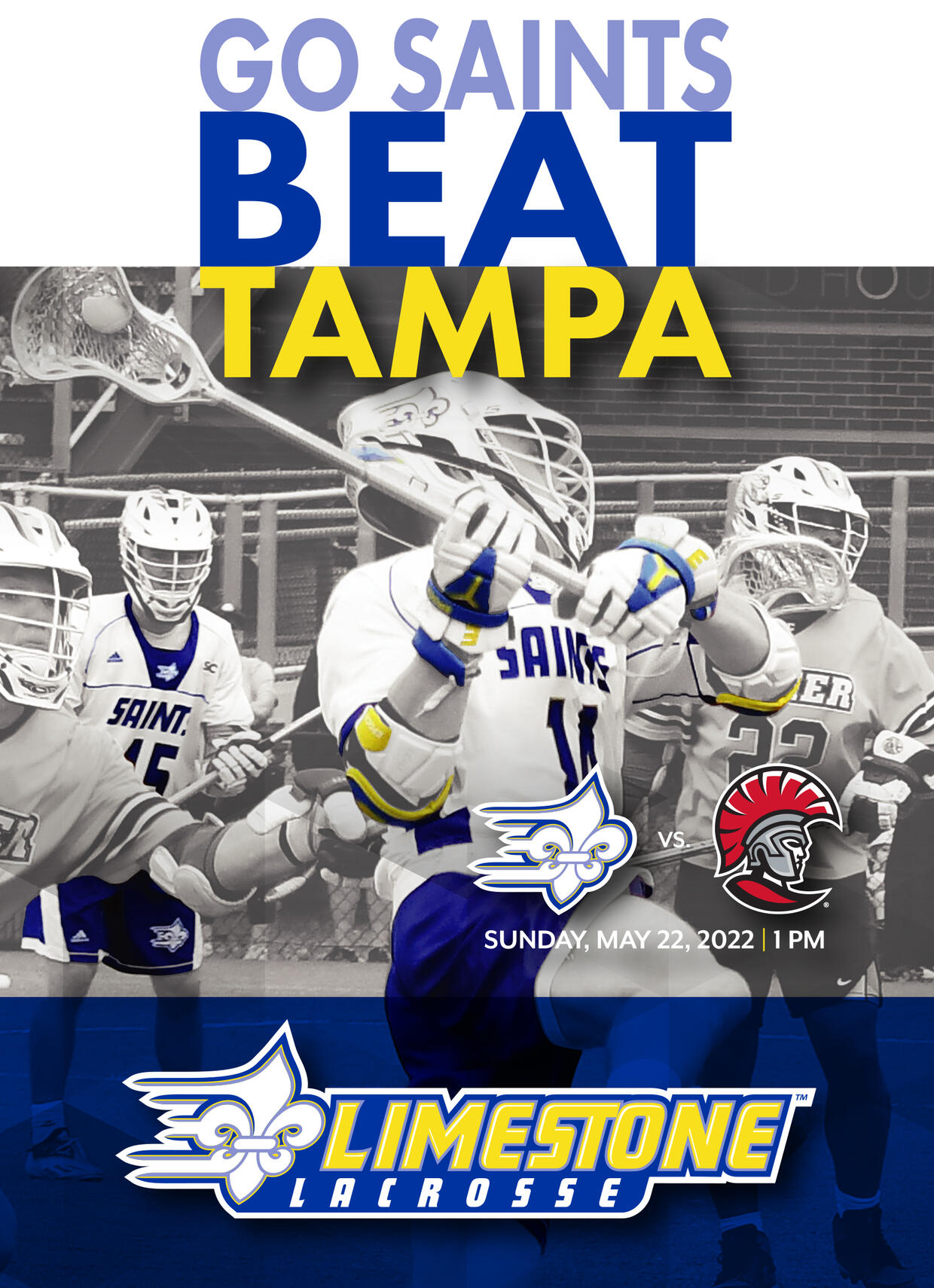 The Limestone University men's lacrosse team (17-2) travels to the University of Tampa (19-0) this Sunday, May 22, at 1 p.m., in the NCAA Division II semifinals. The winner will advance into the National Championship game on Sunday, May 29, at 4 p.m., in East Hartford, CT.

This will be the 11th meeting between the two teams, as the hosting Spartans trail in the all-time series 10-1. The last time these teams faced off in the semifinals was in 2017, when home-standing Limestone took a 12-10 victory before it went on to win a National Championship.

The most-recent meeting was a 12-11 double-overtime Saints home victory over the Spartans in the 2019 national quarterfinals.

Tampa comes into the game as the No.1 overall seed in the NCAA Tournament. Limestone has the No.2 seed in the tournament's South bracket.

Mercy and Le Moyne will face off on Sunday, May 22, at 1 p.m., in the North bracket semifinals, with the winner advancing into the title game.

Current Tampa head coach J.B. Clark previously led Limestone for 10 seasons, including the three most recent national title seasons. He directed the Saints to six national title game appearances during his tenure. His overall record at Limestone was 174-24.

Tampa has made the NCAA Tournament every year since 2014 and previously reached the NCAA Semifinals in 2014, '16 and '17 — falling to Limestone in the playoffs four times.