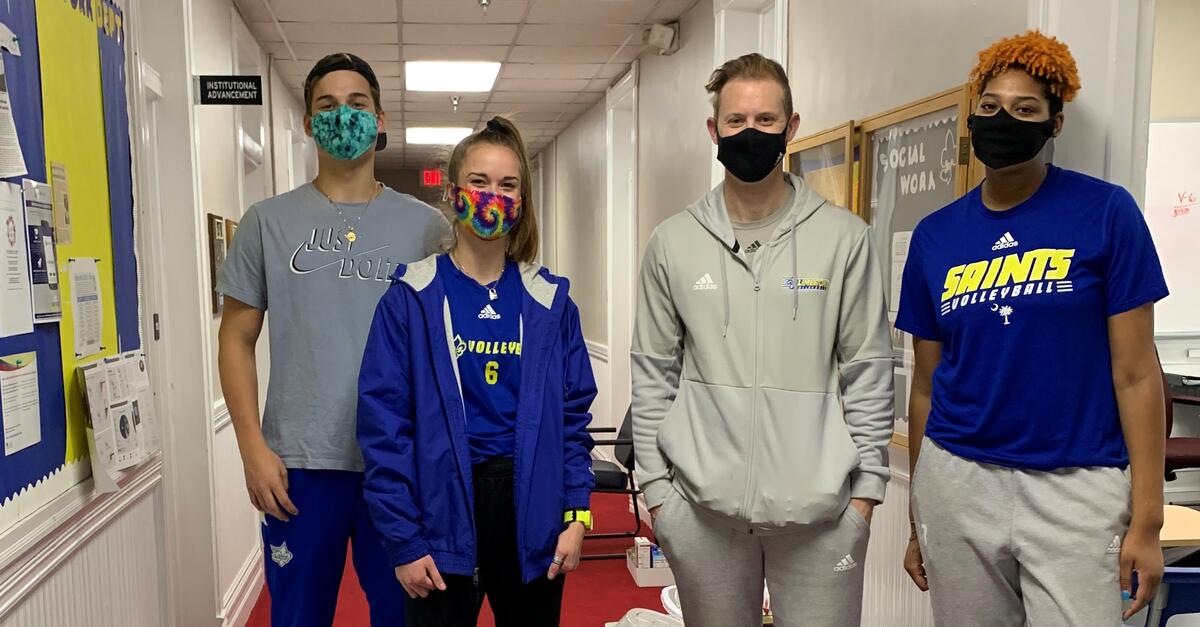 Food and monetary donations were brought in by the generous Limestone community and family.

After an absence last year, the Student Social Work Organization brought back the Turkey Bowl and exceeded its goal of 25 meals as it was able to serve 44 families in Cherokee County. The leftover goods were taken to PeachCenter Ministries to be distributed in the community.

According to Associate Professor of Social Work Mary Hyatt, Professor and Chair of Interdisciplinary Studies Dr. Megan Anderson played a major role in the success of the project. Her department has won the last four “Turkey Bowls.”

“The Turkey Bowl was a success,” Hyatt said. “I am so thankful to be part of the Saints family and the Cherokee County Community. Senior Madisyn McCullough worked really hard to organize this event as did Gaffney’s Pastor Jonathan Dawkins, Limestone students Vanessa Blas and Ziggy Walker, alumna Kathy Littlejohn, and social work faculty member Lisa Samagaio and her daughter Holly. I’d like to give a big thanks to all those who assisted in shopping, sorting, and boxing.”

“This was a very exciting time,” said Student Social Work Organization President Madisyn McCullough. “It was exhilarating to surpass our goal and know that we had helped families in our community during the pandemic.”