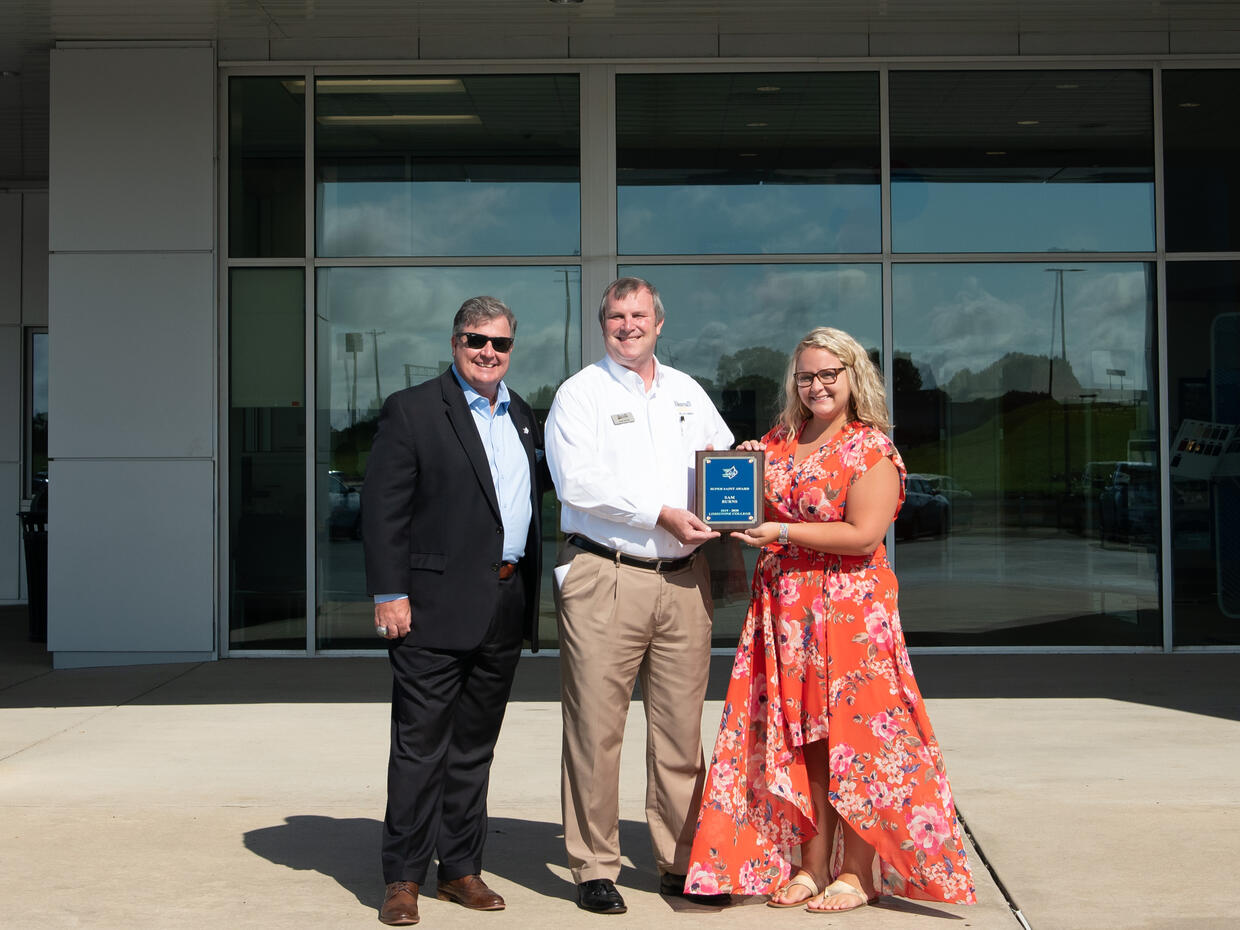 In recognition of his service to Limestone University Athletics, Sam Burns (center) was recently presented with the 2020 "Super Saint" Award by (left) Mike Cerino, Vice President for Intercollegiate Athletics, and (right) Carleigh Ramsey, Director of the Saints Club and Advancement Services Coordinator.

The award was announced during Limestone’s Virtual Awards Ceremony earlier this summer, but Cerino and Ramsey were able to recently present the award personally on location at Burns Chevrolet of Gaffney. Burns has called Gaffney home since 1990 and has been a member of the Saints Club since 2006.

Burns, who is currently serving back-to-back terms on the Limestone Board of Trustees, has been a dependable and respected friend of Limestone over the last three decades. The University has also enjoyed a successful corporate partnership with Burns Chevrolet for many years.

“I would like to thank Sam for all he has done for Limestone and our local community,” Cerino said. “Burns Chevrolet has been a tremendous friend to the athletics department, and Sam’s contributions and efforts with the Saints Club have helped pave the way for the success that our department enjoys today.”

The Saints Club was formed in 1972 to promote and provide financial assistance to the Limestone University Athletics Department. The Saints Club Board created the "Super Saint" Award to recognize members like Burns – someone who exemplifies dedication, support, and service to Limestone Athletics.

Sam and his wife Terri are the proud parents of four children and five grandchildren.