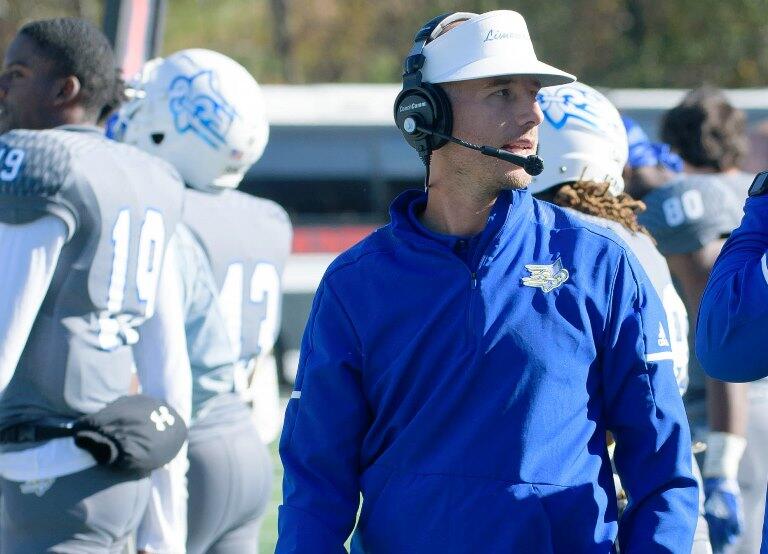 Limestone football players will give local fans their first taste Friday of the college game atmosphere that arrives this fall.

The Saints will wrap-up their first spring under new head coach Brian Turk with their “Blue & White” Spring Game at 7 p.m. at The Reservation stadium located at Gaffney High. Except of the lack of live kick returns, the scrimmage will resemble an abbreviated real game.

Admission is free and Limestone fans are invited to attend and to tailgate prior to the game's start.

Players will be split into two teams with projected starting quarterback D.J. Phillips leading one offense while Alec Morton runs the other offense. With only eight offensive linemen, the football team won’t be split evenly due to a lack of depth at some positions.

Freshman quarterbacks Jamal Blakely, Tayler Teti, and Dean Braxton are among 50 new players who will join the team this fall.

New defensive coordinator Eric Fargo and defensive line coach Cliff Matthews are among the additions to the coaching staff.

Coaches have focused on developing relationships with the players, the fundamentals of blocking and tackling, and working on execution in critical game situations.

“It’s a blank slate. The biggest thing with our kids is selling them on being team first in everything they do on and off the field,” Turk said. “One of our goals is to help our players understand game situations better. We want them to become masters of situations such as third down and the red zone since that can make a big difference in the outcome of games.”