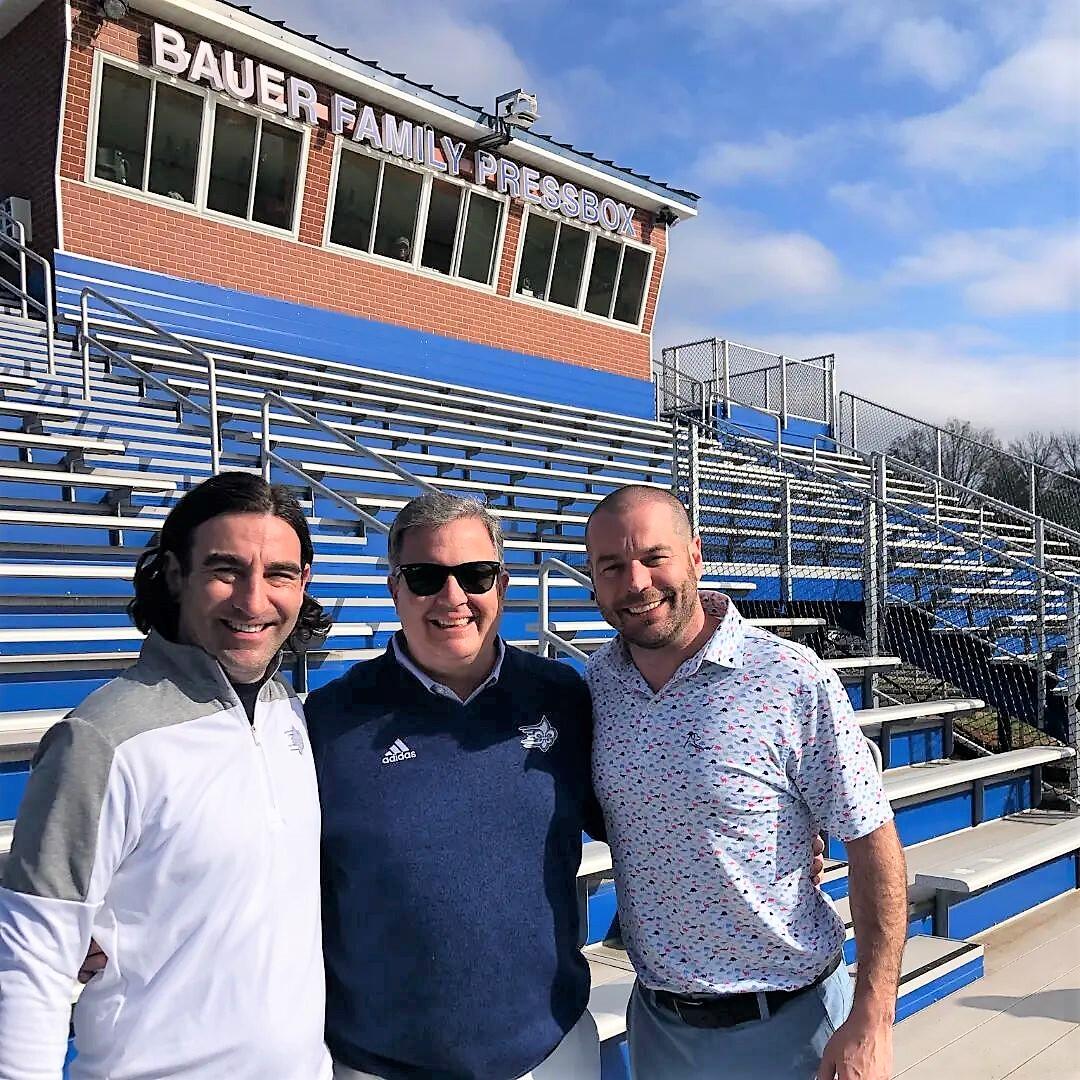 The press box overlooking the playing surface that hosts Limestone University lacrosse, soccer, and field hockey now has a name.

Limestone unveiled the “Bauer Family Press Box” during a special dedication ceremony on Saturday, March 12, as the Limestone men’s and women’s lacrosse teams hosted a double-header on Saints Field.

Brian Bauer, who majored in Business Administration while at Limestone, provided the donation to secure the naming rights to the press box during a previous capital campaign for Limestone athletics. A two-time captain for the Saints, he was an All-Deep South selection in 1996 and 1997. He has previously served on the Alumni Association Board of Directors and the President’s Advisory Council and is currently the Vice Chair of the Saints Club Board of Directors. He has given generously to Limestone since his graduation, supporting areas of academics and athletics, and has provided endowed scholarship support.

Brad Bauer, who also majored in Business Administration at Limestone, was a member of Limestone’s NCAA Division II National Championship squads in both 2000 and 2002. Both of those teams have since been inducted into the Limestone Athletics Hall of Fame. Brad and his brother Brian helped guide the Saints to the program’s first Deep South Regular Season and Tournament Championship sweep in 1999. He, too, has generously supported Limestone academics and athletics and the University’s endowed scholarship program.

“Both Brian and Brad helped transform Limestone’s lacrosse program into a powerhouse in the south and on a national level, and they have been dedicated to generously giving back to their alma mater,” said Kelly Curtis, Limestone’s Vice President for Institutional Advancement. “We are proud that the Bauer family’s name will forever be associated with Limestone, its lacrosse program, and Saints Field.”