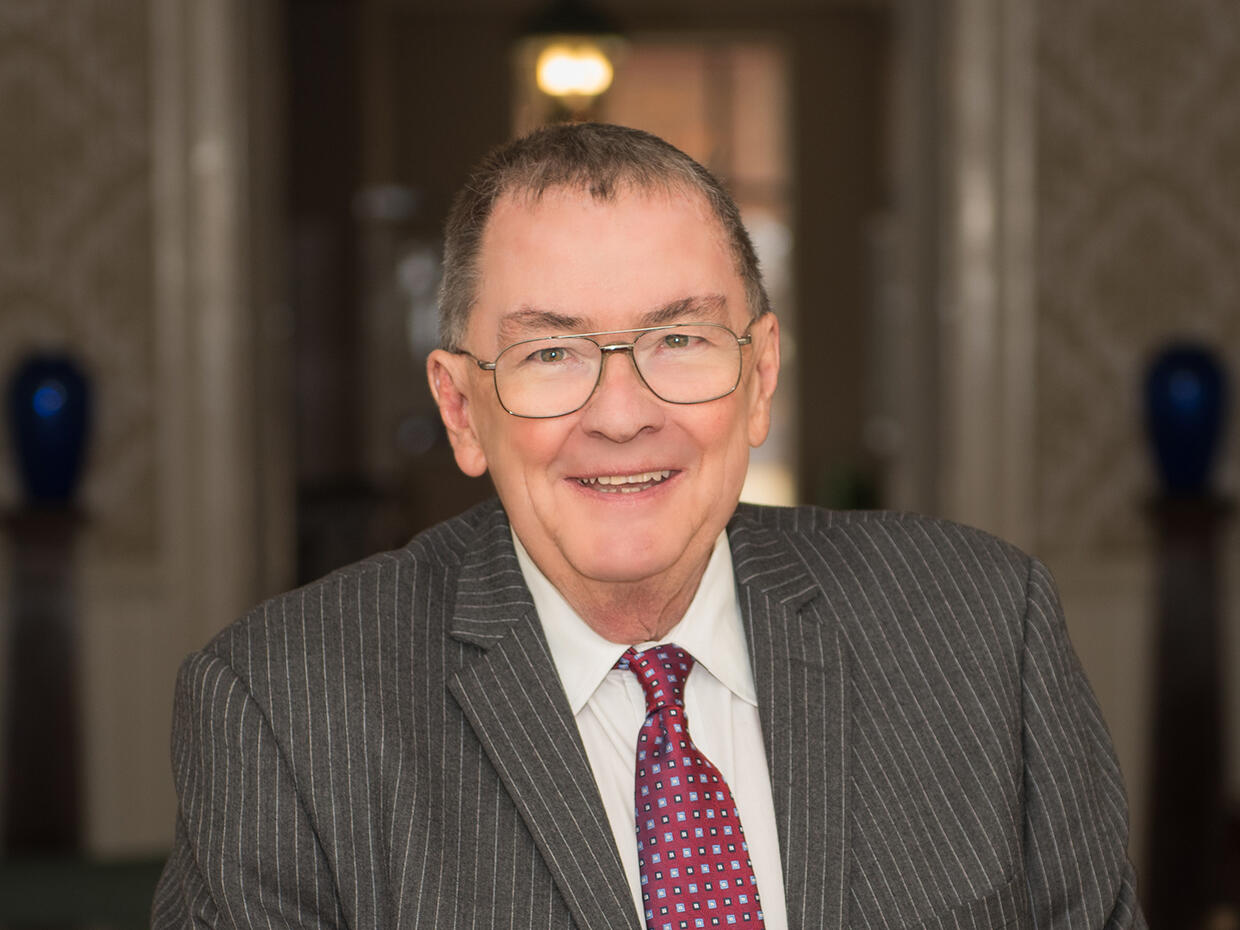 The Limestone University community is mourning the death of former President Dr. Walt Griffin, who passed away Monday at Spartanburg Regional Medical Center at the age of 78. He served at Limestone from 1992 until his retirement in 2017.

Griffin is survived by his wife, Carol, and his four children – Shawn, Megan, Rebecca, and Kathleen. He was preceded in death by his late wife, Penni.

Funeral arrangements have not been finalized at this time.

“It is certainly a sad day for Limestone’s faculty, staff, students, and alumni,” said Limestone President Dr. Darrell Parker. “Dr. Griffin leaves a legacy of devoted service to higher education, and we owe him a tremendous amount of appreciation for his vision, commitment, and dedication to Limestone. While he will be greatly missed, we also celebrate his enormous contributions to the Saints family.”

Under Griffin’s leadership, Limestone launched multiple capital campaigns and established many new academic programs to boost enrollment and restore financial stability. When he arrived at Limestone, enrollment numbers were dwindling, and buildings were deteriorating. Griffin is remembered for his efforts to get the institution on solid footing and then starting a path to growth, strength, and renewal.

During the quarter of a century with Griffin as President, numerous buildings were constructed or acquired, and many other structures received extensive renovations.

Through his leadership, Limestone launched its first graduate degree program in 2012 with the addition of the Master of Business Administration.

In the years that Griffin served as President, Limestone’s Athletics Department grew from eight to 25 teams.

“Limestone will be forever defined by Dr. Griffin’s tenure and leadership, and his contributions will benefit generations to come,” said former Limestone Board of Trustees Chairman Richard Baines at the time of Griffin’s retirement. “His efforts and love for Limestone have affected thousands of lives.”

Under Griffin’s guidance, in 1996 Limestone became one of the first institutions in the nation to offer a virtual campus via the internet, and now known as the Online Program, it remains a major component of Limestone’s degree offerings.

Originally constructed in 2005, Limestone’s Physical Education Center was named in Griffin’s honor in 2009.

“The job that Dr. Griffin did at Limestone is nothing short of remarkable,” said Limestone Board of Trustees Chairman David Riggins. “I had the pleasure of working with him on many projects during my previous terms on the Board. Dr. Griffin was a true gentleman in every sense of the word. The success of Limestone and the positive direction our University is heading today has been made possible by the passion and commitment of Dr. Griffin during his 25 years of leadership. I remember in many of his speeches he would recite a quote that talked about finding a small, private college and falling in love with it. And that is exactly what he did at Limestone. He will be greatly missed. The Limestone community will be keeping Dr. Griffin’s family in its thoughts and prayers.”

Upon the announcement of his retirement, when asked to pick something that will define his legacy at Limestone, Griffin pointed to the students.

“The thing I will remember most is being involved in the successful college education of probably 10,000 people,” he said at the time. “The lives of those students have been forever changed because of their college education, and that has also had a positive impact on our state, region, and beyond. It is extremely fulfilling to have played a part in their accomplishments.”

Before coming to Limestone, Griffin was Director of the Cincinnati Center for the College of Undergraduate Studies. He spent 23 years as an American history professor at Upper Iowa University.

To view an album of photos of Dr. Walt Griffin during his time at Limestone, please click HERE.