Know Your Enemy: Introducing The University Of West Florida Argonauts 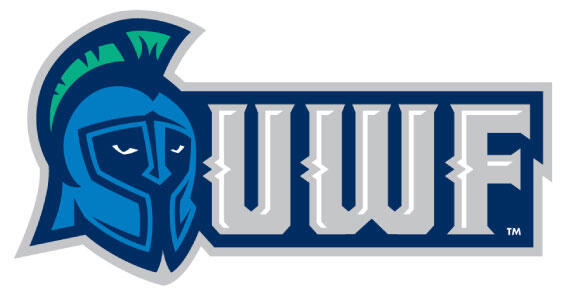 Exactly who are these Argonauts that Limestone University’s football team is facing this weekend?

In Greek mythology, the hero Jason, looking to retake his place as the rightful king of Thessaly, is told he must obtain the Golden Fleece. He assembles a group of the 50 strongest and fiercest men in Greece, and the group sets out on their voyage aboard a ship called “the Argo.”

Jason and the Argonauts eventually succeed in their attempt to find the Golden Fleece and return home, completing the journey by routinely defeating the elements, kings, a variety of different creatures, and, ultimately, even some of the gods.

On Saturday, Limestone team hopes to force a different result upon the Argonauts while they are in Pensacola for the first round of the NCAA Division II football playoffs.

The University of West Florida opened its doors in 1967, the sixth institution within the State University System of Florida (there are 12 total institutions today). It housed three sports teams that year: men’s basketball, men’s golf, and men’s tennis. The basketball team beat Valdosta State, 76-75, at the first athletics event in university history, perhaps a harbinger of the success the athletic program would build over the years.

It would be a gradual build to major successes for their athletic program, though.

For almost three decades, the University of West Florida built a sturdy and reliable athletics program, but it was still missing a football team.

That changed in 2014, when the University announced the new football program with the hiring of head coach Pete Shinnick from UNC-Pembroke.

Shinnick came with a strong football pedigree. His father, Don, was a 13-year NFL veteran who won two championships with the Baltimore Colts in 1958 and 1959. After the end of his playing career, Don hopped around the league as an assistant coach.

Pete, for his part, somewhat followed suit, playing as an offensive lineman for the University of Colorado Buffaloes in 1985 and 1986, graduating in 1988 with a bachelor’s degree in business. He landed an assistant job at University of Richmond later that year, before moving on to stints at some major Division I programs such as Arkansas, Clemson, and Oregon State.

In 1999, he was hired for his first head coaching job at Azusa Pacific, compiling a 53-22 record while making the NAIA playoffs in five of his seven total seasons. In 2005, Shinnick was named the head coach at UNC-Pembroke, which was trying to revamp its football program after it had been discontinued in the 1950s. Once again, Shinnick found success, going 4-7 in his first season in 2007 (the least number of wins Shinnick has ever totaled in a season) before rolling out to a 50-24 record over seven seasons, including two NCAA Division II playoff appearances and national rankings in the Top 20.

Shinnick and the Argonauts began play in 2016, compiling a record of 5-6, the only season in their short history finishing at or below .500.

In year two, the Argonauts went 7-3 in the regular season, earning a six-seed in the NCAA Division II playoffs, where they defeated a fellow South Atlantic Conference traveler and third-seeded Wingate Bulldogs, 31-0, in the first round, en route to a run all the way to the National Championship game. There, they fell to Texas A&M-Commerce, 37-27.

After a 6-5 campaign in 2018, the Argos returned to form with an 8-2 regular season record in 2019, finishing second in the conference and sealing a playoff spot yet again. West Florida rolled through Wingate, 38-17, before defeating Gulf South rival Valdosta State, 38-35, and then defeating perennial SAC contender Lenoir-Rhyne in the quarterfinals, 43-38. After beating Ferris State in the semifinal match, the Argos found themselves in a second National Championship game in only their fourth season as a program. This time, however, they took home the hardware, downing Minnesota State, 48-40.

After their 2020 season was cancelled due to COVID-19, the Argos again returned to the playoffs in 2021 after earning a share of the Gulf South Championship. This time, they were ousted in the first-round matchup against yet another SAC foe, the Newberry Wolves, who took the game in overtime, 33-30.

Still, in just a few short years, West Florida’s football program had proven itself to be a national powerhouse. The only thing missing was a true home stadium.

From the outset, West Florida played its home games at Blue Wahoos Stadium, the home field for the local minor league team the Pensacola Blue Wahoos, a Double-A affiliate for Major League Baseball’s Miami Marlins. In 2021, amidst a scheduling conflict, the Argos hosted their first game on campus, defeating Southwest Baptist, 63-14.

In 2022, after the one-game experience in the previous season, the University opted to host all home games at their own Pen Air Field, which had merely served as a practice field for the team in years prior. The Argos went 5-1 on their home turf on their way to a 9-1 overall regular season record and a spot in the postseason.

They will now host their first playoff game in their own stadium, against a Limestone squad that might seem eerily familiar: a young program making its first playoff appearance, on the road against a third-seeded favorite, and with a head coach in Mike Furrey who knows his way around all levels of the sport. It is unlikely West Florida fails to notice those similarities.

For Limestone, it may draw lessons and hope from those similarities as well, but the Saints should also remember that they can’t build a powerhouse in just a single season. Likewise, they can’t win a championship in just one game.

This Saturday, all they can truly do is try to advance to the second round of the playoffs by providing a rare blemish on the Argonauts’ record and prevent them from re-taking the crown.