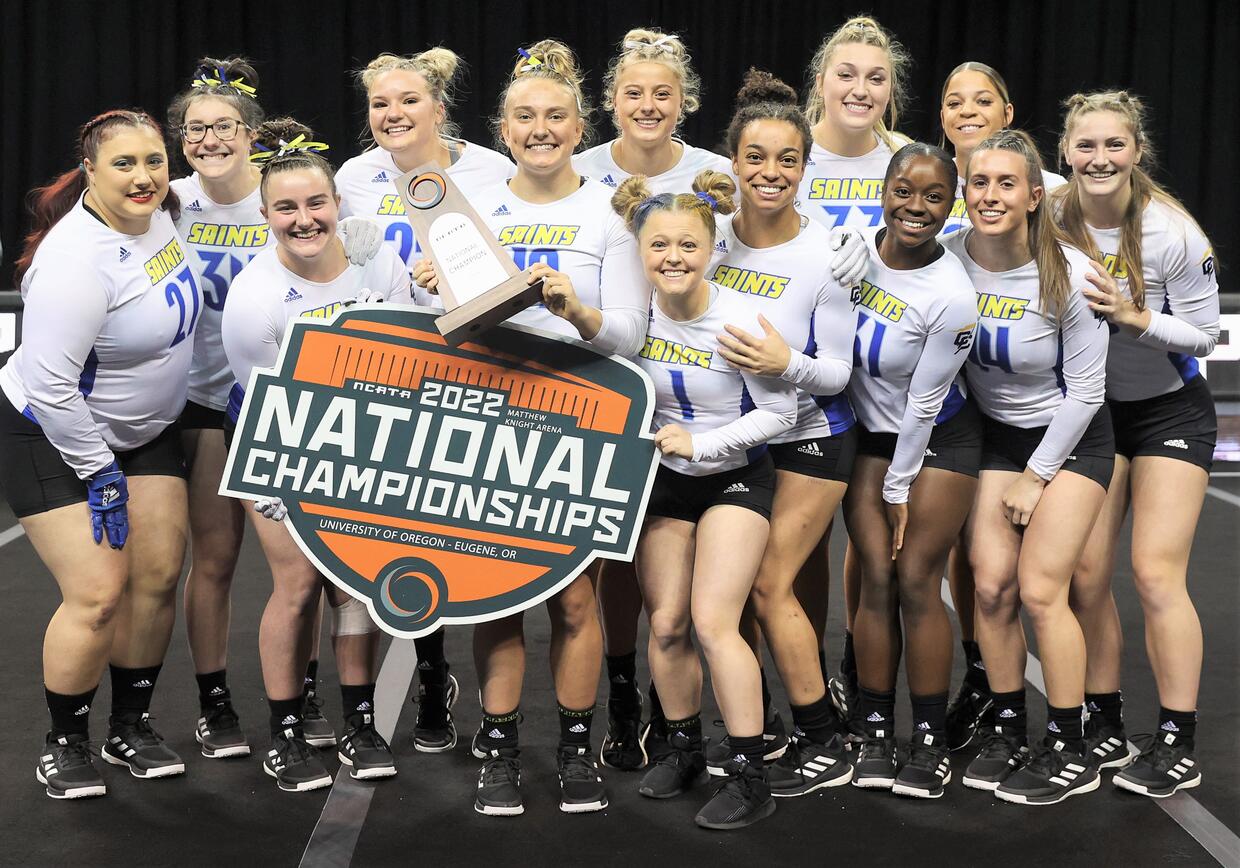 EUGENE, OR – The Limestone acrobatics & tumbling team claimed the first women's National Championship in the University’s history on Saturday, April 30, taking the top mark in the pyramid event, open heat while competing at the University of Oregon.

Limestone wrapped up its 2022 season by competing in the individual event finals Saturday morning inside Matthew Knight Arena. The Saints qualified to compete in six of the 15 heats contested across the acrobatics, pyramid, toss, and tumbling events.

The Saints’ score beat the likes of No. 1 Baylor, which scored a 9.85 in the event. Coker University also posted a 9.85.