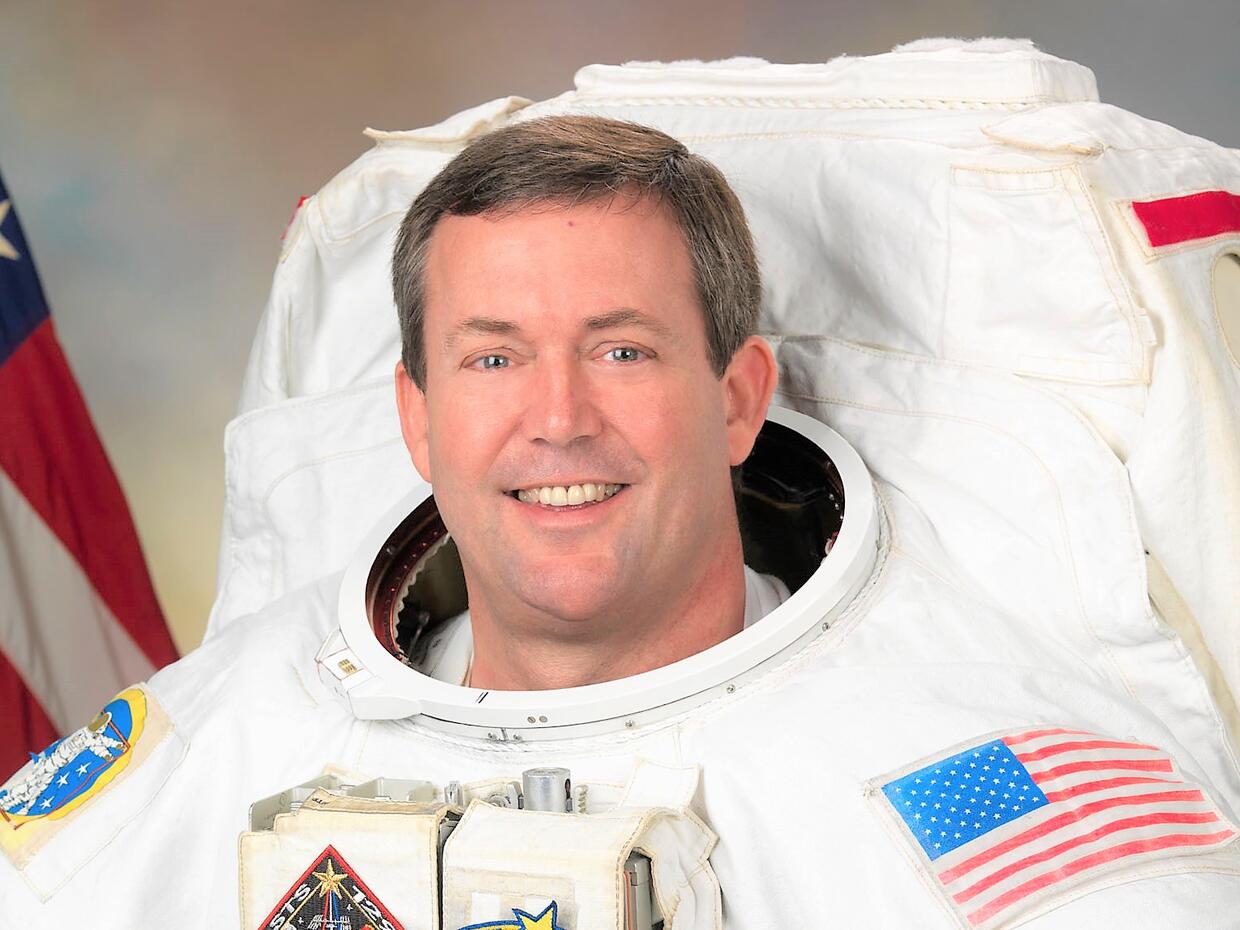 The goal of the virtual event, which will take place Monday, June 7, and Tuesday, June 8, from 8:30 a.m. until 4 p.m. each day, is to connect educators with others in STEAM and Space education, share best practices to inspire students, and build community among educators.

The first day of the conference will feature a virtual lunch chat and question & answer session with Foreman, who is a retired Naval Aviator and a U.S. Naval Academy graduate with a Bachelor of Science degree in Aerospace Engineering. He graduated with Distinction from the U.S. Naval Postgraduate School with a Master’s degree in Aeronautical Engineering and graduated with Distinction from the U.S. Naval Test Pilot School. He has over 7,500 hours of flight time in over 50 different types of aircraft. He was selected to be a NASA astronaut in 1998 and spent over 637 hours in space during two space shuttle missions. While in space helping to build the International Space Station, he performed five spacewalks for a total of 32 hours and 19 minutes outside the space vehicles.

After 17 years as an astronaut, Foreman left NASA in 2015 to join Venturi Outcomes, LLC. In addition to his duties as President of Venturi, Foreman is also the mayor of Friendswood, TX.

The keynote speaker on June 7 will be Jim Christensen, who serves as the Executive Director of ShareSpace Education, the K-12 branch of the Aldrin Family Foundation. Previously, Christensen served as Director of Education at Kennedy Space Center Visitor Complex where he led a team to design the new Astronaut Training Experience and Mars Base 1, immersive experiences of preparing for spaceflight and living and working on Mars.

Christensen worked as part of the “Teaching from Space” program at the NASA Johnson Space Center in Houston, where he coordinated the first Spaceflight Education Opportunity – a video conference between the crew of the International Space Station and students in classrooms. He has advised students and teachers on multiple experiments that have flown in microgravity aboard NASA’s Reduced Gravity Aircraft, the Space Shuttle Atlantis, the International Space Station, and the SpaceX Dragon.  He began his career as a middle school science teacher and was awarded the Presidential Award for Excellence in mathematics and science in 1995. He developed the Mars Base Project and AstroVIP programs that used video conferencing to connect students and experts to discuss space flight and Mars exploration. To improve the level of science teaching for elementary and middle school students, Christensen established a science materials center that partnered with schools to provide hands-on science kits for classrooms.

The keynote speaker on June 8 will be Jessica K. Harris, Limestone University’s Director of STEAM & Space Education. Harris is the author of “Real Space Experiments: 40 Exciting STEAM Activities For Kids.” The book provides 40 activities that teach all about science, technology, engineering, art, and math.

For more information and to register for the event, visit www.limestone.edu/steam-and-space-education-conference.