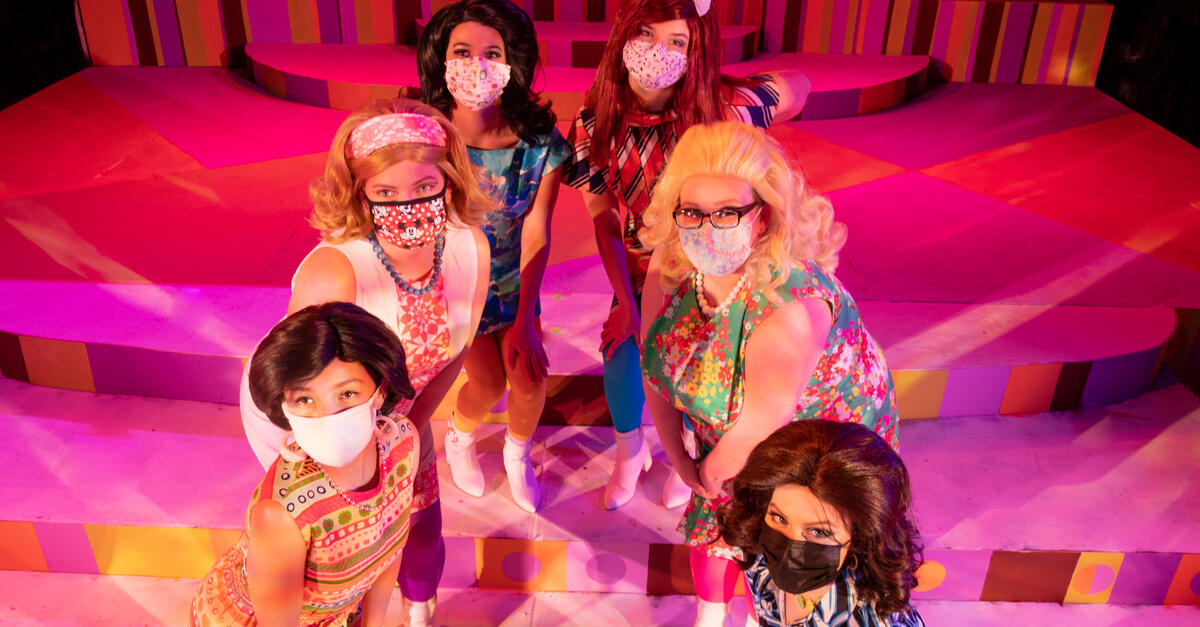 Limestone University Theatre’s production of “Beehive: The 60s Musical” will be streaming three times over the next week.

Told from the perspective of six young women who come of age in this enigmatic decade, “Beehive” celebrates the powerful female voices of the 1960s with such timeless hits as “My Boyfriend’s Back,” “Be My Baby,” “Son of a Preacher Man,” and “Me and Bobby McGee.”

“Beehive” was created by Larry Gallagher and the Limestone production is being directed by Jay Coffman, with music direction by Professor of Music Dr. David Thompson. Coffman serves as the Executive Artistic Director for the Spartanburg Little Theatre.

Dr. Tim Baxter-Ferguson, Limestone’s Department Chair of Theatre, oversees scenic design for “Beehive.” Bill West-Davis, Assistant Professor of Theatre, is heading up the lighting design for the production. Choreography is being led by Natalie Claire Bradley.

The Spartanburg Little Theatre assisted with the production.