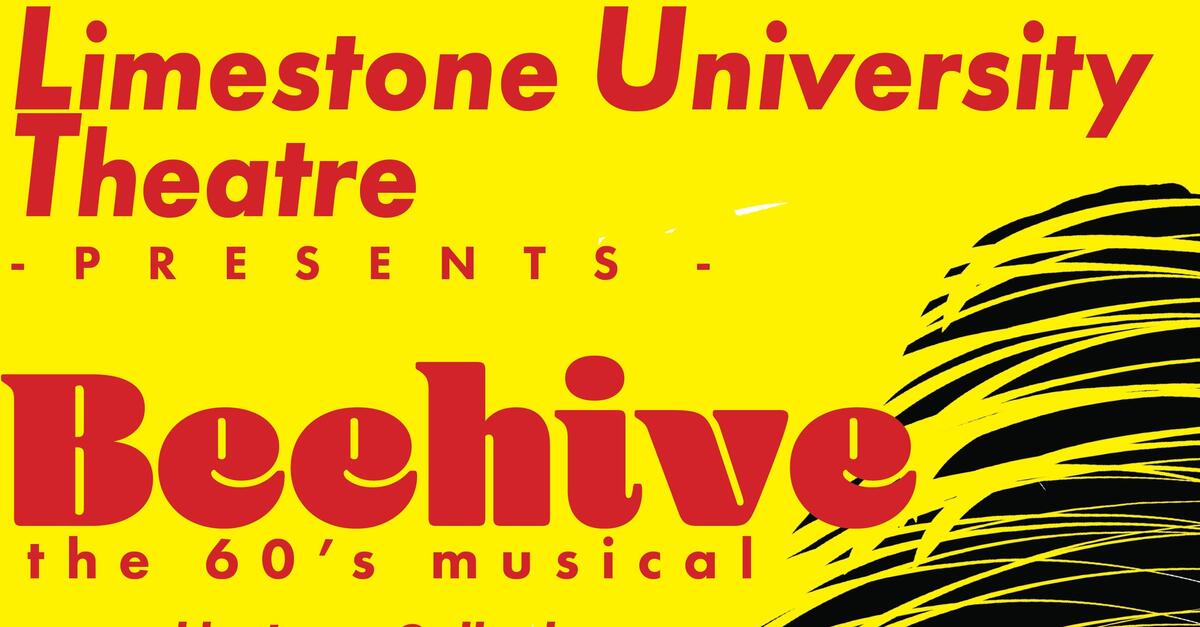 Originally scheduled to live-stream later this month, Limestone University’s production of “Beehive: The 60s Musical” is being rescheduled for the spring semester.

“Beehive” was created by Larry Gallagher and will be directed by Baxter-Ferguson, with music direction by Professor of Music Dr. David Thompson. It was initially planned to air November 15-18 but has been pushed back due to scheduling conflicts. The new dates will be announced in the near future.

In moving “Beehive” to the spring, Limestone Theatre will also be rescheduling its upcoming production of “Silent Sky” that was slated for February 25-28. Those new dates will also be announced soon.

Told from the perspective of six young women who come of age in this enigmatic decade, “Beehive” celebrates the powerful female voices of the 1960’s with such timeless hits as “My Boyfriend’s Back,” “Be My Baby,” “Son of a Preacher Man,” and “Me and Bobby McGee.”

“Silent Sky” by Lauren Gunderson will have Ashley West-Davis step into the role of Director. It tells the true story of 19th-century astronomer Henrietta Leavitt who explores a woman’s place in society during a time of immense scientific discoveries, when women’s ideas were dismissed until men claimed credit for them.

Limestone Theatre released “Hamlet” as an online streaming production November 5-7. Due to popular demand, it will be streaming again November 12-15. Order tickets by visiting HERE.