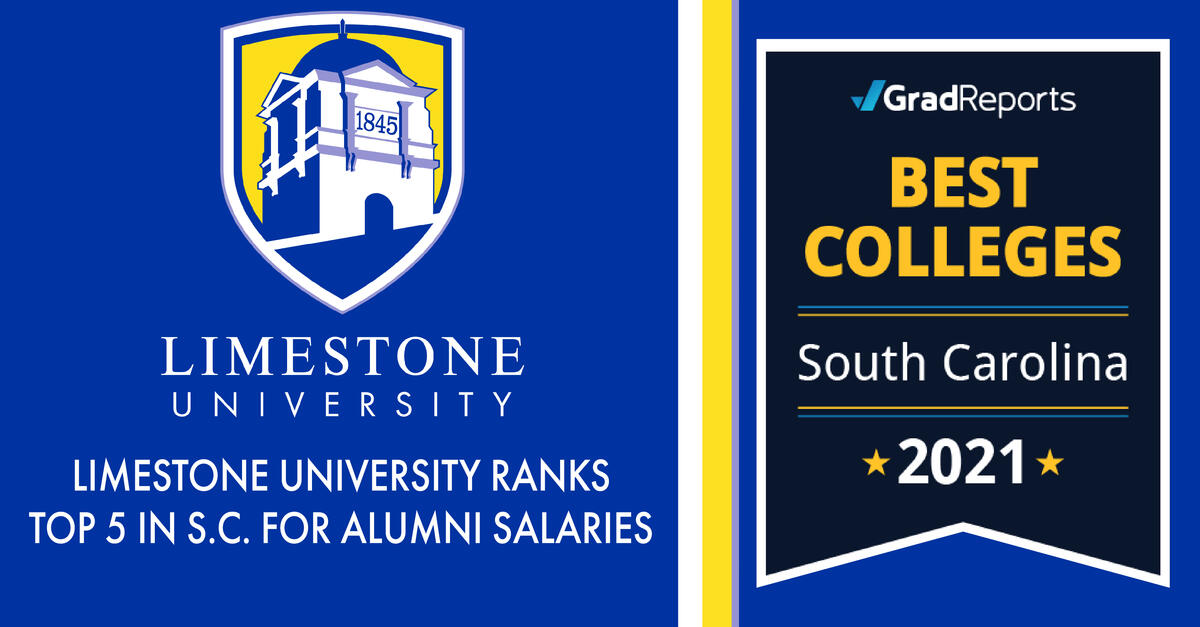 A higher education data research company recently compared the salaries of over 4.6 million college graduates to rank the 2021 Best Colleges at various degree levels – and Limestone University placed highly on one of the lists.

The data by Optimal, though its website GradReports, was then used as a predictor of earning potential and return on investment for one of the most crucial investments a student will ever make.

For the South Carolina bachelor level degree rankings, Limestone University came in at No.5 in the state. A total of 23 institutions made the list, and Limestone finished ahead of other privates such as Furman University, Wofford College, Newberry College, Charleston Southern University, Anderson University, North Greenville University, Coker College, and Claflin University.

The research company calculated a Salary Score for colleges in South Carolina to show how schools stack up in terms of alumni salary. The Salary Score is an indicator of whether bachelor's degrees from a given college may lead to better financial outcomes compared to the same degrees at other colleges. Optimal calculated its scores by comparing median alumni earnings in the first year after graduation for a major at a given college to alumni earnings for the same major across all colleges. Scores by major were then combined to provide an overall bachelor's degree Salary Score.

To be considered for the state rankings, schools must offer and provide data for at least eight bachelor's programs.

“Quite a few surprising, lesser-known colleges appear high on our rankings as well, illustrating that it’s not always the most recognized, exclusive, or expensive schools that will deliver the best financial outcome,” explained Optimal CEO Sung Rhee. “And that’s an important message we want our rankings to convey – that traditional expectations do not always match reality.

“This past year has created an atmosphere of enormous financial strain and uncertainty,” Rhee added “Now more than ever, students and their families are in need of data that demonstrates earnings outcomes, giving them the ability to plan for the future and also feel confident in their decisions.”

Students can use GradReports' Salary Score search tool to explore over 2,200 school profiles and compare how schools stack up in terms of post-graduate salaries, both overall and by major. Additionally, GradReports includes pertinent takeaways from the data, such as: how public, private, and for-profit schools compare in terms of Salary Scores; and which states produce the best Salary Scores.