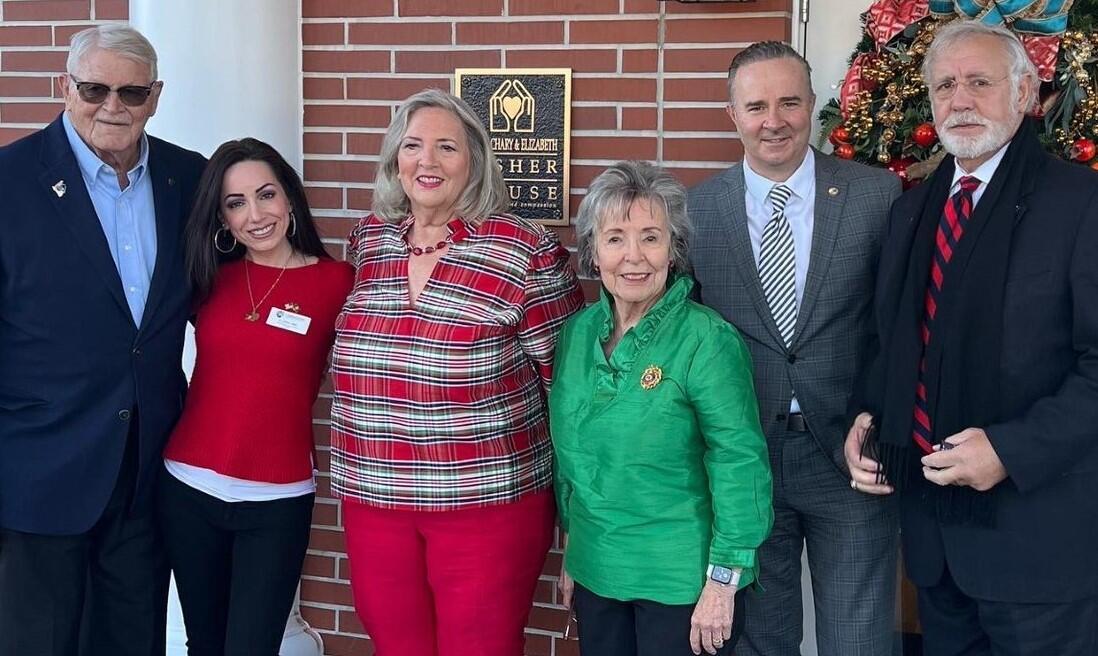 Limestone Professor Dr. Aubrey L. Sejuit took past last month in the Open House for the Fisher House Columbia, a newly built facility that will serve as a “home away from home” for the families of veterans receiving medical care in the state’s capital.

After many years of hard work, the Open House was held on Tuesday, Dec. 13, at the newly built facility on the William Jennings Bryan Dorn Veterans Affairs Hospital property.

Sejuit, who is an Assistant Professor of Social Work, Honors College Faculty Member, and Counselor for Limestone University, has served as the Secretary of the Friends of Fisher House-Columbia Board since its inception in 2017.

“As a veteran, married to another veteran who works for the WJB Dorn VA Hospital, this was such a proud moment for me to see our work come to fruition,” she said.  "I feel proud to be part of an organization that supports America's heroes and their families."

Fisher House Foundation builds comfort homes where military and veteran families can stay, free of charge, while a loved one is in the hospital. These homes are located at military and Veterans Affairs medical centers around the world. Fisher Houses have up to 21 suites, with private bedrooms and baths. Families share a common kitchen, laundry facilities, a dining room, and a living room.

There are two major Veterans Affairs Hospitals throughout the state of South Carolina – the Ralph H. Johnson VA in Charleston and the WJB Dorn VA in Columbia, with surrounding Community-Based Outpatient Clinics around the state. The Veterans Affairs Hospital in Charleston opened its doors in 2018, while the groundbreaking for the Columbia Fisher House took place in 2021.

The invite-only event on December 13 was attended by veterans and members of the Board, who were also joined by the First Lady of South Carolina, Mrs. Peggy McMaster, and Ft. Jackson’s Brigadier General Jason E. Kelly and Command Sergeant Major Philson Tavernier.

Sejuit is an Operation Iraqi Freedom combat veteran who served under the Intelligence Security Command with the 203D MI BN under the 513th MI BDE as an Intelligence Analyst. She represents Limestone University in various veterans’ organizations throughout the state of South Carolina. Her husband, and MSW Program Adjunct Professor, Matthew D. Sejuit, a two-time Operation Iraqi Freedom veteran who served with the 1st BN, 2nd Marines as a Navy Corpsman, currently works as a Social Work Supervisor for the WJB Dorn VA Hospital.

Accompanying photo: Limestone University’s Aubrey Sejuit (second from left) at the opening of the Fisher House Columbia in December of last year.