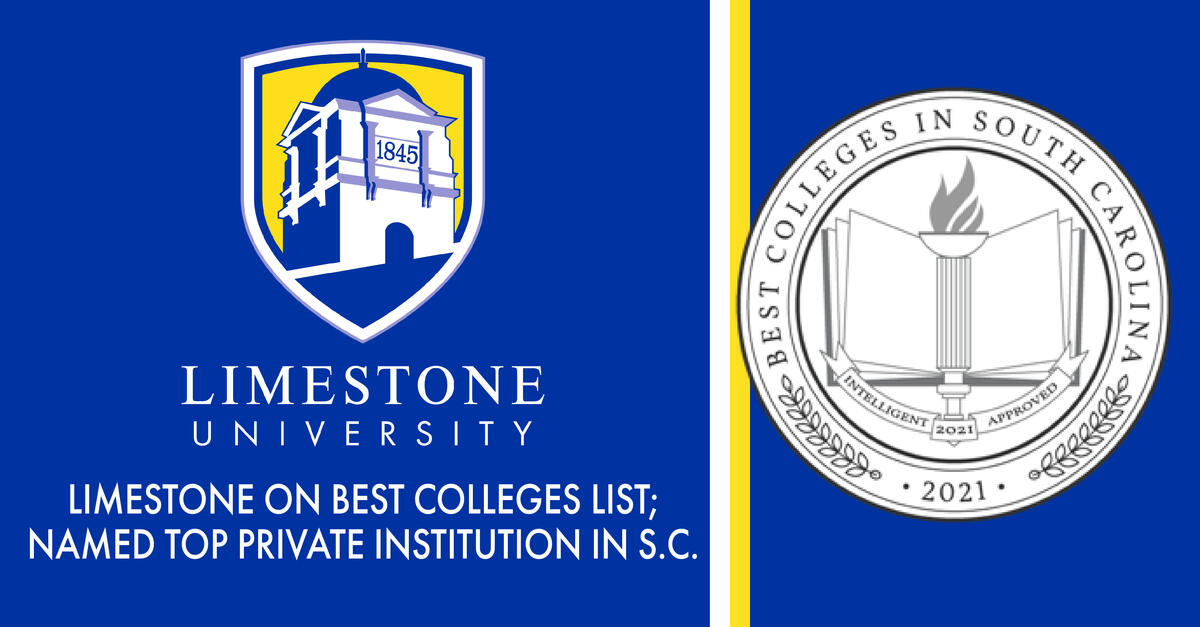 The website Intelligent.com recently published its list of the Top 45 accredited colleges and universities in the state of South Carolina, and Limestone University qualified for the list and was also named the Best Private Institution in the Palmetto State.

Schools across the state were evaluated based on curriculum quality, graduation rate, reputation, and post-graduate employment. An Intelligent Score was calculated for each program on a scale from 0 to 100. The top picks for the Best Colleges In South Carolina program were identified as affordable, respected, and flexible.

A total of 186 colleges and universities were assessed for the rankings, with only 45 making it to the final list. The website also compared 381 education programs.

As part of the rankings, Intelligent.com named Limestone as the state’s Best Private Institution.

According to the Bureau of Labor Statistics, the website pointed out that individuals with a bachelor's degree made approximately $500 more per week than those with only a high school diploma.