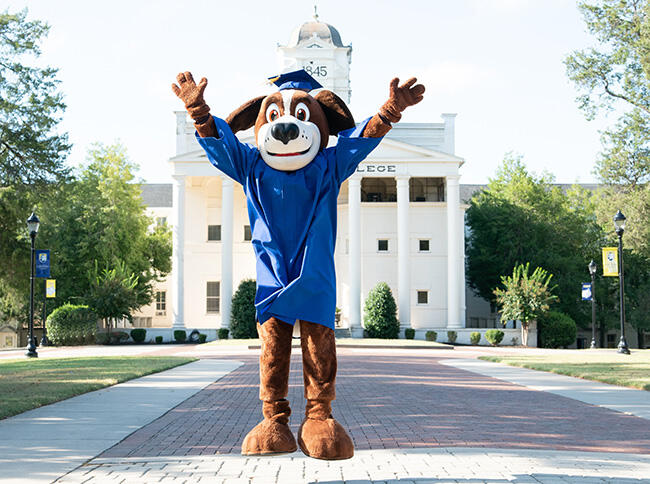 The Cherokee County Chamber of Commerce has officially announced its annual award winners for Business of the Year, Public Service Award, Youth of the Year, and the Hall of Fame.

Limestone College has been named as the 2020 “Business of the Year” and will be recognized during the Chamber’s annual awards dinner on Tuesday, March 10, at Broad River Electric Cooperative Auditorium in Gaffney.

The awards identify individuals, companies and/or organizations that contribute to the momentum of the local economy.

“It is encouraging to know Cherokee County has so many hard-working individuals and deserving businesses,” said Frannie Stockwell, Executive Director of the Cherokee County Chamber of Commerce. “We congratulate the 2020 award winners for their outstanding contributions to the local business community. They exemplify the strength and momentum of this economy. Through a demonstration of commitment, service, business accomplishments, longtime leadership and innovation, these people are making a powerful impact on our county.”

Limestone President Dr. Darrell Parker said it was a tremendous honor to have the College selected for the “Business of the Year” award during such a special year for the institution.

“Being named the Business of the Year by the Chamber of Commerce is just wonderful for Limestone, especially during 2020 when we have so many milestones in front of us,” Parker said. “We’re changing our name to Limestone University this summer, and we are also celebrating our 175th anniversary this year. We appreciate the Chamber’s Board of Directors recognizing us with this award.

“Colleges and universities are certainly assets to their local economies, and vice versa, and that most definitely holds true for Limestone and Cherokee County,” he continued. “The direct spending on goods and services, as well as capital improvements, result in a substantial economic impact on Cherokee County, making Limestone one of many vital economic drivers in the community. None of that would be possible without the outstanding support that the local community has shown to us. Limestone values the opportunity it has to work with the Cherokee County, Gaffney, and Blacksburg communities. Together, we are going to make this area an even more tremendous place to live, work, and play.”

Sampson Parker, general superintendent with Blythe Construction, will be the keynote speaker for the Chamber’s annual awards banquet. Tickets are available by contacting the Chamber office at (864) 489-5721.

Business of the Year Limestone College:

Since 1845, Limestone College has been providing local residents with access to higher education.

Over the past year, Limestone has had many accomplishments, including the Drive to University status, the opening of the Bob Prevatte Athletic Complex and Shannon Hamrick Park, and the construction start for a new multi-million-dollar library and student center. Limestone continues to provide thousands of annual volunteer hours that set a standard and foster a culture for citizenship, service, and community responsibility in Cherokee County.

Zak Sampson has followed a philosophy of community responsibility by devoting his time to give to the community. The personal relationships Sampson has formed in Cherokee County have made an impact on people of all ages and earned him this award. Sampson regularly hosts free events for the community, including game nights and open mic nights, as well as after prom and after-graduation parties for local high schoolers.

Since opening his coffee shop, Sampson has been on a mission to spread kindness with his company slogan being “Where Coffee Meets Kindness.” A board of kindness is set up in the shop at which people can pay in advance for a cup of coffee to be given to another person who might be having a bad day or can’t afford a coffee drink.

Gaffney High School senior Shannon Rodgers excels academically as well as athletically. Rodgers has been a member of the football team and track team during all four years at Gaffney High School, but has always put his academics first, pushing himself to take rigorous courses and embodying what it means to be a student-athlete. Rodgers gives back to his community as well, volunteering as a little league soccer coach and working with the special needs community.

David ‘Shag’ Stepp began his career in the restaurant industry in 1989 when he opened Ichabod’s. In 1998, Stepp ventured into the barbecue world and opened Daddy Joe’s Beach House BBQ & Grill at the corner of Overbrook Drive and Floyd Baker Boulevard. He spent five years in that location before moving Daddy Joe’s to its present location on Baker Boulevard. Daddy Joe’s has been recognized as a Southern Living magazine favorite and received numerous other awards and recognitions for his barbecue.

Stepp is a strong supporter of the community. For 18 years, Stepp has generously opened his restaurant doors on Sundays to raise money for Meals on Wheels and four years for Miracle Hill Ministries, which has resulted in more than $50,000 for the nonprofits. Stepp also supports the local arts, including CAVA and CHAPS, and regularly hosts patio sessions supporting local musicians.