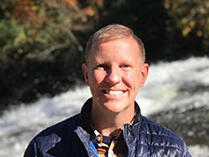 Limestone College Assistant Professor of English and Spanish Dr. Jack Knipe, along with his research partners, recently had research published in a recent edition of FIRE: Forum for International Research in Education.

FIRE is an international, peer-reviewed publication promoting interdisciplinary scholarship on the use of internationally comparative data for evidence-based and innovative change in educational systems, schools, and classrooms worldwide.

The article, entitled "Guatemalan Ixil Community Teacher Perspectives of Language Revitalization and Mother Tongue-Based Intercultural Bilingual Education,” is based on their original research conducted in a rural Guatemalan village.

The study highlights the efforts of teachers at a rural Guatemalan school that supports peace, education, language revitalization, and interculturality.

“There are roughly between 6,000 and 7,000 languages spoken in the world today, but that number is diminishing rapidly,” Knipe explained. “Our globalized society favors majority languages like English, Spanish, and French, but many schools throughout the world are teaching all the subjects in their Indigenous languages in order to revitalize them.”

Schools devoted to language revitalization are popping up throughout the world, he added. Schools such as the New Kituwah Academy (Atse Kituwah Academy) that offer Cherokee language immersion from kindergarten through sixth grade in Cherokee, NC, and Tsé Hootsooí Diné Bi’ Olta’ School, a Navajo immersion school for elementary students in Fort Defiance, AZ, are just a couple examples of such institutions within the United States.

“Language is directly connected to culture, and when a language dies, so does a lot of the cultural knowledge,” Knipe added. “Schools like the one at our research site are not only helping to keep languages and cultures alive, they are teaching students in their mother tongue. A lot of research points to the benefits of learning through your own language. It’s also important that language educators be reflective in their teaching.”