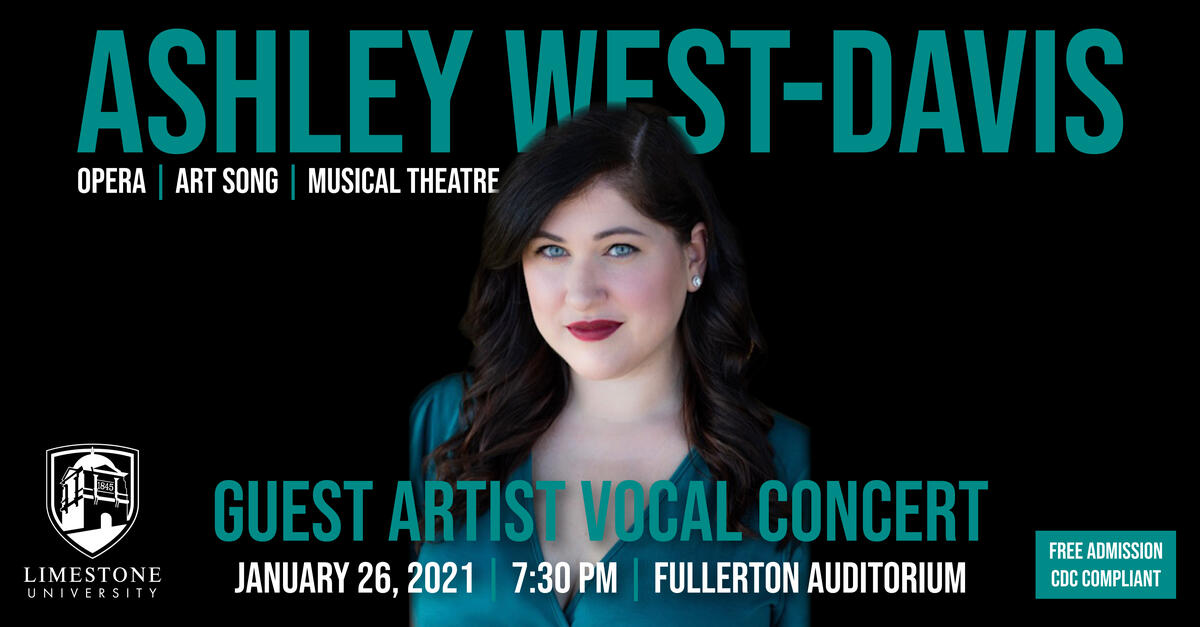 West-Davis, a mezzo-soprano, will be performing opera, art song, and musical theatre selections. She will be accompanied by Limestone University Professor of Music Dr. David Thompson.

Admission to the concert is free and the public is invited to attend. All COVID-19 protocols, as outlined by the Centers for Disease Control and Prevention, will be followed. Face masks will be required, and seating will be limited.

A South Carolina-based performer and voice teacher, West-Davis made her Opera Carolina debut as an apparition in Verdi’s Macbeth at the Blumenthal Performing Arts Center. This season, she joins Opera Carolina again as a soloist and Core Chorister. She has also appeared as a soloist with The Lubbock Chorale, the Texas Tech University Symphony Orchestra, La Musica Lirica, and Operafestival di Roma. As a Young Artist with Manhattan Opera Studio, she sang in concerts at the National Opera Center and Carnegie Hall.