Baseball vs SAC First Round

Limestone University Theatre will stream its production of “Silent Sky” on Thursday, April 22, starting at 7 p.m.

The production will stream via www.showtix4u.com. Those who purchase a viewing ticket can watch the production at their leisure within 48 hours. The cost is $15 for a single device or $20 for multiple devices.

"Silent Sky” by Lauren Gunderson tells the true story of Henrietta Leavitt, the 19th century astronomer ahead of her time. Henrietta has the opportunity to work at Harvard University as a human computer, one of Dr. Edward Pickering’s “harem,” mapping the stars but receiving no scientific credit. When Henrietta arrives, she is eager to use Harvard’s telescope – the Great Refractor – but is told that she will not be able to do any sort of astronomical discovery as she will only log the stars photographed by the men of the department. However, Henrietta will not be dissuaded, and begins the process of recording the changes in Cepheid stars – a scientific discovery that has profound and lasting impact on the field of astronomy.

During her inquiry, Henrietta’s relationships strain under her obsessive work ethic; her sister Margaret, her love interest Peter Shaw, and her colleagues Annie Cannon and Williamina Fleming all find themselves pushed aside in favor of a great cosmic mystery. Henrietta explores a woman’s place in society during a time of immense scientific discoveries, when women’s ideas were dismissed until men claimed credit for them. Social progress, like scientific progress, can be hard to see when one is trapped among earthly complications; Henrietta Leavitt and her female peers believe in both, and their dedication changed the way we understand both the heavens and Earth.

Limestone’s production is being directed by Dr. Ashley West-Davis. Dr. Tim Baxter-Ferguson is serving as the Scenic Designer, and Bill West-Davis is the Lighting & Sound Designer. Limestone student Sabrina Schmidt is the Costume Designer, and student Hannah Wilborn is the Stage Manager.

“‘Silent Sky’ is an examination of what it meant to be a woman at the start of the 20th century – in academia, in the greater scientific community, in society, at home, and in love,” said Ashley West-Davis. “Playwright Lauren Gunderson masterfully captures the life of Henrietta Leavitt, honoring her not just as an astronomer, but as a daughter-in-law, sister, friend, and ultimately a legend. The female astronomers who mapped the stars in the early 1900's may not have been adequately appreciated in their time, but their legacy shines brightly in this production.”

Baseball vs SAC Second Round

Baseball vs SAC Third Round 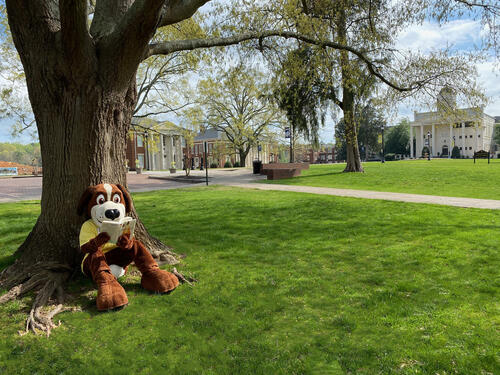